The Technology and Application of Coarse Wavelength Division Multiplexing(CWDM) 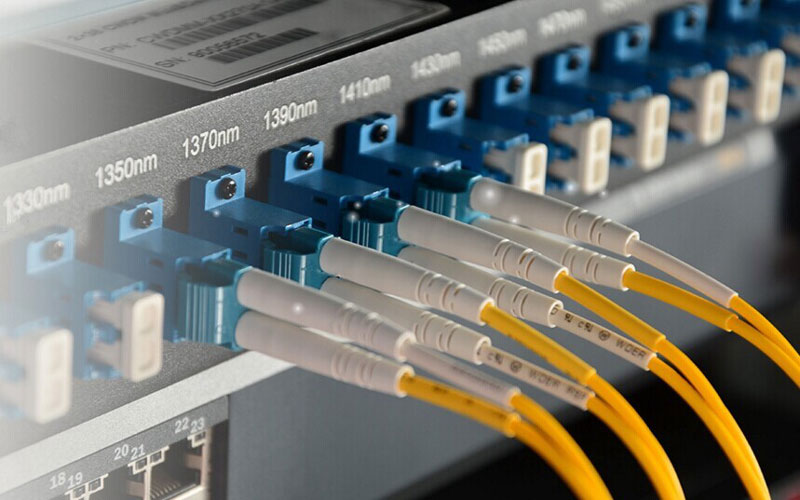 The Backgroud of CWDM Technology 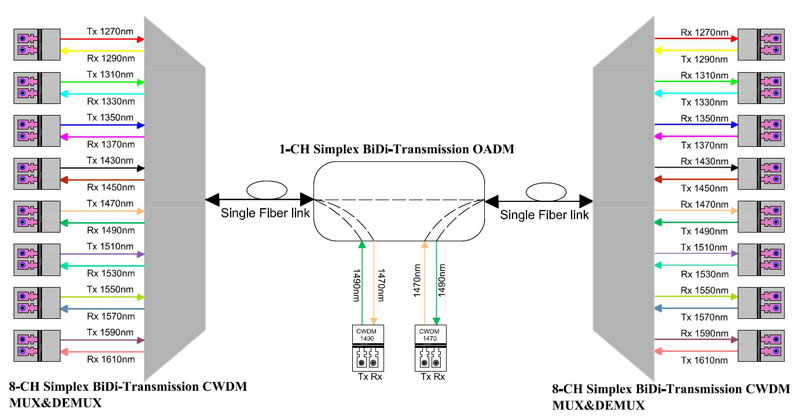 CWDM is a WDM technology that supports multi-protocol transmission. The CWDM system uses a multiplexer to multiplex optical signals carried at different wavelengths to a single fiber for transmission. At the receiving end of the link, the demultiplexer sends the decomposed wavelength to different fibers and connects to the corresponding receiver device. The CWDM channel interval is usually much wider than DWDM. For the sake of distinction, it is called coarse wavelength division multiplexing.
In the early 1980s, CWDM technology was commercially available. Quante has once introduced a four-wavelength CWDM system working at a multi-mode fiber 850nm wavelength window and a single channel rate of 140Mbit/s. However, before the mid-1990s, CWDM systems were still mainly oriented to LAN applications, which were not favored by telecommunications operators, and they have not been able to realize industrial applications.
Until the late 1990s, CWDM technology gradually entered a stage of rapid development. In order to solve the dispersion and loss problems in 10Gbit / s Ethernet LAN applications, the IEEE 802.3 high-speed research group proposes to use CWDM technology to increase the overall system capacity. In 2000, the full-spectrum CWDM alliance (FCA) and the 1400nm commercial interest organization were established, which strongly promoted the development and standardization of CWDM full-spectrum technology.
In May 2002, ITU-T Study Group 15 finally passed the G.694.2 CWDM wavelength grid standard proposal, which became a milestone in the history of CWDM technology development. In addition, Study Group 15 also proposed a draft G.capp standard, which defines the optical parameters and values of the physical interfaces used in CWDM systems.

The Application of CWDM system 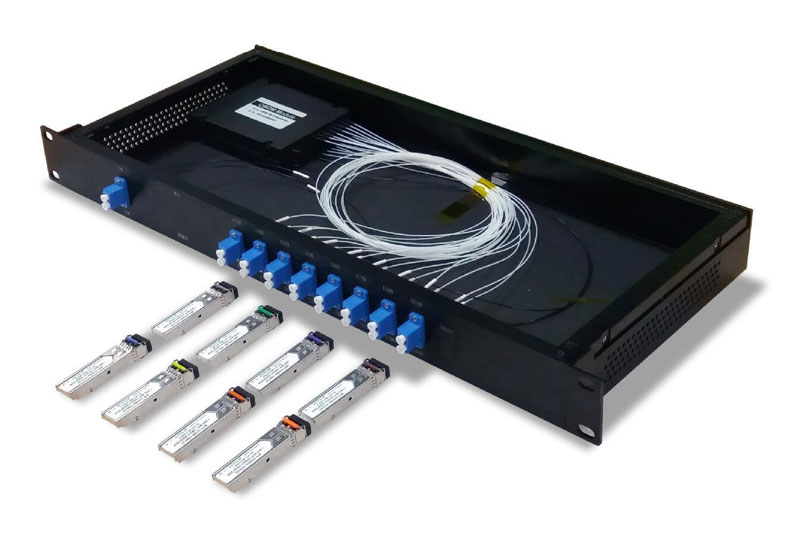 The rapid growth of data services and the continuous emergence of new services are the salient features of the current communications industry. Traditional metropolitan area networks cannot effectively deal with these shocks, and become a bandwidth bottleneck for the entire network. In order to meet user needs and improve market competitiveness, MAN operators have invested in the construction of large-capacity multi-service transmission networks. The development trend of broadband metropolitan area network construction is the combination of IP and WDM technology.
There are many advangages in the introduction of CWDM system in new metropolitan area network construction. First of all, CWDM technology has the incomparable flexibility of traditional TDM technology and is more suitable for the development of high-speed data services. The CWDM system can provide direct fiber-optic connection ports for routers and switches to directly map data packets to wavelength channels without the processing of a TDM multiplexer, thereby reducing the complexity of protocol adaptation between layers. Second, the CWDM system can save fiber resources and achieve smooth upgrades based on the specific development of network services. Third, the CWDM system is transparent to various protocols and rates, allowing operators to provide different services based on wavelength. The CWDM system allows a single fiber to provide data channels with different rates, and is compatible with the traditional 1310nm wavelength SDH system that has been widely used. In addition, the CWDM system also provides service protection and recovery capabilities at the optical network layer.
CWDM technology can also be applied to Passive Optical Network PON systems. With the increase of future bandwidth requirements, the TDM methods used by APON and EPON will not be able to meet business needs, and the PON access system will eventually evolve to WDM-PON. The combination of TDM and CWDM technologies in existing PON systems is a more realistic evolution strategy. The CWDM PON system can allocate different wavelengths for video signals, data and voice signals to complete the single fiber bidirectional transmission of signals.
Technology and cost are the dual drivers of the communications network market. With the bursting of the Internet economic bubble, global telecommunications operators are facing huge challenges, and market investment behavior is gradually becoming rational. CWDM technology conforms to the trend of the communication transmission market and provides low-cost capacity expansion solutions for short-to-medium-range transmission networks, which has been widely recognized in the industry.

If you neen more information or support on fiber optical products, please don't hesitate to contact us [email protected], we will try our best to support you.