The Key Technology and Application of CWDM 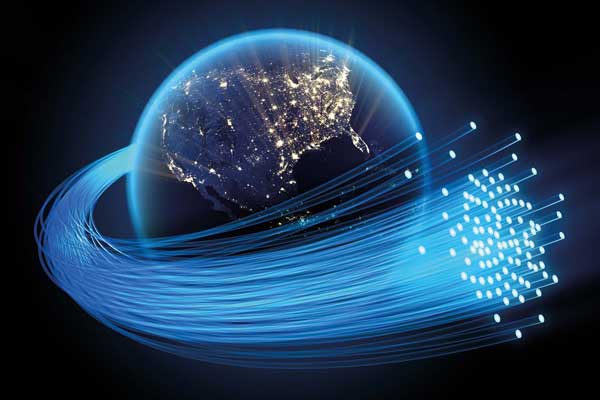 n multiplexing) technology allows operators to find a low-cost, high-performance transmission solution. Because of its low cost, low power consumption, small size, and other advantages, CWDM has been widely used in metro transport networks. Many domestic and foreign manufacturers have also begun to develop and launch products, and ITU is also accelerating its standardization process. CWDM technology improves fiber utilization and gives operators and users greater flexibility. This article will discuss the key technologies such as CWDM characteristics, wavelength selection, and fiber type, and make a detailed comparison between CWDM and DWDM. Finally, the application and development of CWDM are prospected. 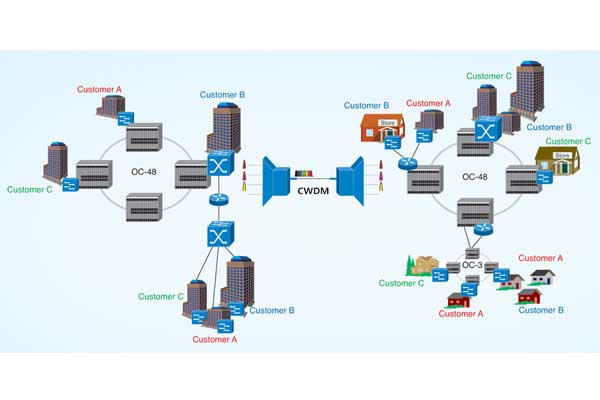 The biggest advantage of the CWDM system is its low cost, which is mainly manifested in several aspects of device, power consumption, and integration.

CWDM technology will greatly reduce the cost of construction and operation and maintenance, especially the cost of lasers and multiplexers/demultiplexers. For DWDM systems with awavelength interval of less than 50GHz, the laser needs to use a precise temperature control circuit to control the wavelength. And sometimes a wavelength locker is required to ensure the accuracy and stability of the wavelength. An optical multiplexer (filter type) requires hundreds of layers of multi-layer dielectric film devices. To prevent crosstalk between the same frequency and different frequencies, multiple filtering must be used. CWDM does not require complex technologies such as laser cooling, wavelength locking and precise coating, which greatly reduces equipment costs.

The DWDM system laser integrates a Peltier cooler. The temperature detection and control circuit uses a large amount of power and consumes about 4W per wavelength. The CWDMnon-refrigerated laser and its control circuit only require about 0.5W per wavelength. For multi-wavelength and high-speed DWDM systems, single-disk power consumption control is a difficult problem in system design. The low power consumption of the CWDM system using a non-refrigerated laser reduces power backup batteries and reduces costs.

The physical size of CWDM laser is much smaller than that of DFB laser. The size of DWDM optical transmitter is about 5 times that of CWDM optical transmitter. Due to the CWDM laser structure and simple control circuit, a single module can realize multi-channel optical transceiver. At present, commercial devices have achieved 4-channel transceiver integrated into a module with a size of only 16cm´9cm´1.65cm, which is equivalent to a DWDM system optical forwarding Size. The CWDM system does not use optical amplifiers, so it may be designed as a compact desktop or box-type device, which is very convenient for installation and maintenance. 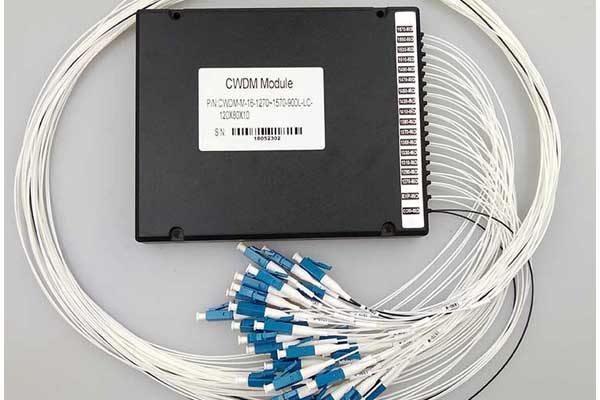 G.694.2 defines 18 nominal wavelengths of CWDM from 1270nm to 1610nm, and the wavelength interval is 20nm. This interval allows the simultaneous transmission of various wavelengths under the condition of using a non-refrigerated light source. The CWDM wavelength covers the O, E, S, C, L and other five bands of the single-mode fiber system. 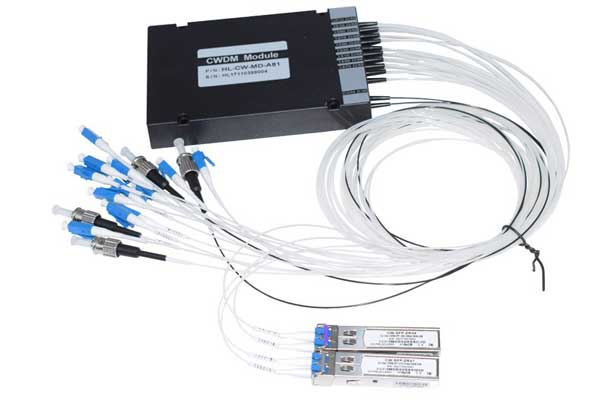 According to the current laser manufacturing technology, the wavelength change of the non-refrigerating laser should be within +/- 6~7nm under working conditions and throughout its lifetime. Taking into account sufficient adjacent channel isolation and a certain guard band (generally the minimum channel spacing is about one-third), G.694.2 selects 20nm as the channel spacing of the CWDM system. In the CWDM system, the output wavelength of the uncooled laser at 0°C~70°C changes by about 6nm, plus the wavelength deviation of the laser manufacturing process is about±3nm, and the total wavelength change will not exceed±6nm. The passband of the optical filter and the wavelength spacing between adjacent channels must be wide enough to meet the requirement of no wavelength shift of the cooling laser.

Most of the fiber cables laid in the metro area are conventional G.652 optical fibers, that is, optical fibers with a water peak at 1385nm. It cannot work normally if the loss at the 1385nm window is about 1dB. This fiber is able to open CWDM 8-wave system, working in the wavelength range (1460 ~ 1625) nm, but could not open 16-wave CWDM system. The new G.652C "full wave" fiber with flat loss can be used to open the 16-wavelength CWDM system.

CWDM technology solves the two problems of fiber shortage and multi-service transparent transmission. Low cost is its biggest advantage. The CWDM technology is mainly applied at the convergence or access level of the metropolitan area network, and has a relatively great attraction for operators in competitive areas. At present, CWDM has some applications in the domestic market, but its stability and performance still need to be observed. In addition, the price of the DWDM system has fallen rapidly, which also challenges the prospects of CWDM. 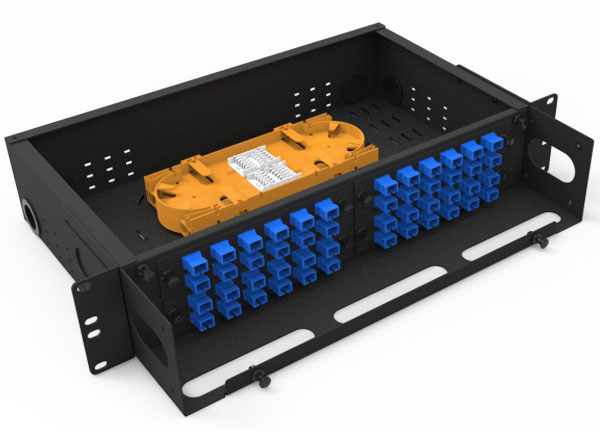 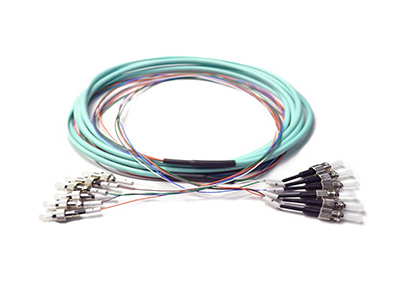 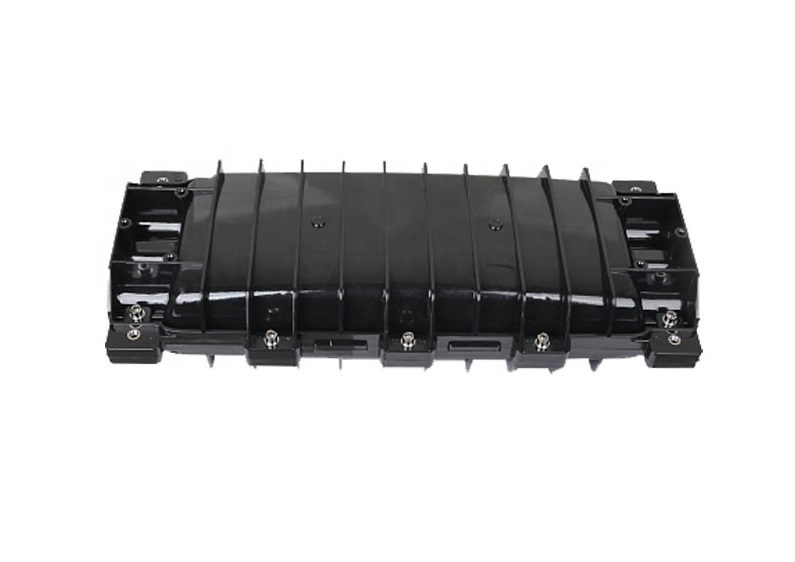