What are the applications of optical Transceiver 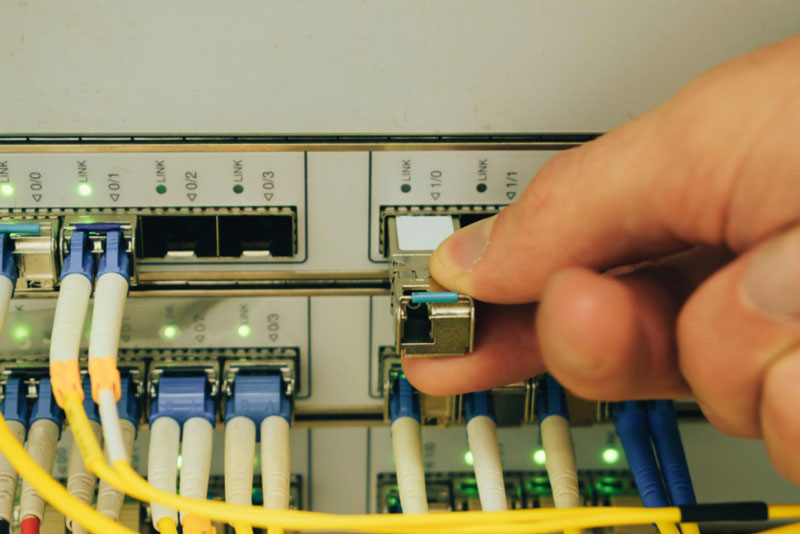 Application of optical modules in data centers
The data center is no longer just one or several computer rooms, but a group of data center clusters. In order to achieve the normal work of various Internet services and application markets, data centers are required to operate in coordination. The massive and real-time exchange of information between data centers has created the need for data center interconnection networks, and optical fiber communication has become a necessary means to achieve interconnection.
Unlike traditional telecommunication access network transmission equipment, data center interconnection requires larger information and denser transmission, which requires switching equipment to have higher speeds, lower power consumption, and more miniaturization. A core factor that determines whether these performances can be achieved is the optical transceiver. The information network mainly uses optical fiber as the transmission medium, but the current calculation and analysis must also be based on electrical signals, and the optical transceiver is the core device for photoelectric conversion.

The trend of large-scale data centers has led to an increase in transmission distance requirements. The transmission distance of multimode fiber is limited by the increase in signal rate and is expected to be gradually replaced by single-mode fiber. The optical fiber link cost consists of two parts: optical transceiver module and optical fiber. There are also different applicable solutions for different distances. In terms of the long-to-medium distance interconnection required for data center communications, there are two revolutionary solutions born from MSA:
· PSM4 (Parallel Single Mode 4 lanes)
· CWDM4 (Coarse Wavelength Division Multiplexer 4 lanes)
Among them, the PSM4 fiber usage is 4 times that of CWDM4. When the link distance is longer, the cost of the CWDM4 solution is relatively low.
There are differences in the application of optical transceivers in data centers at home and abroad. 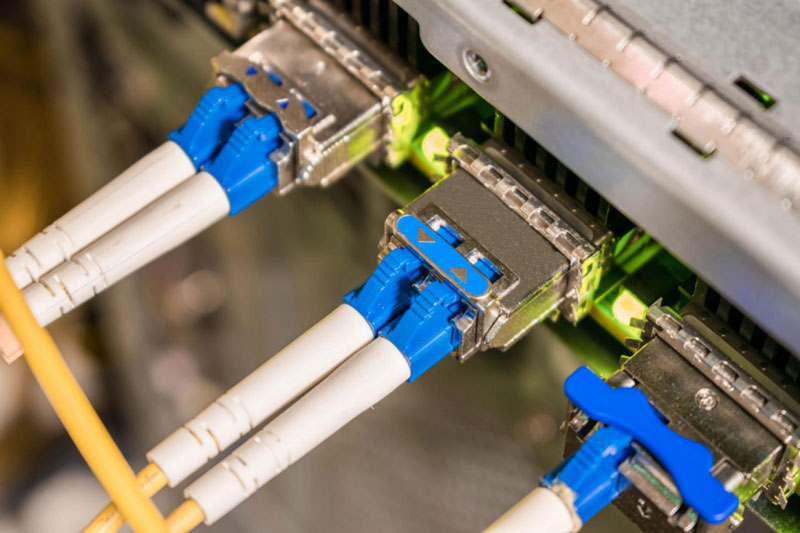 US data center internal switch interconnects are mainly single-mode fiber. In the 100G era, CWDM4 / PSM4 optical modules are widely used. In the 400G era, DR4 is currently the main. The server and switch interconnects mostly use cable DAC. As time goes by and the optical transceiver module speed increases, the proportion of multimode fiber and direct-connected cable DACs in the US data center internal interconnection solution will become lower and lower.
The interconnection of internal switches in China's data centers is dominated by multimode fiber, and the proportion of single mode fiber is gradually increasing. At present, the domestic demand for 400G is very small. In the 100G era, SR4 / CWDM4 modules are used. The interconnection between servers and switches mostly uses active optical cable AOC.
Leader in fiber optic transmission network: CWDM optical module

The CWDM optical transceiver plays a huge role in the CWDM system and successfully solves the problems in the optical fiber transmission network. CWDM optical transceiver modules have eight advantages, which are summarized as follows:
1. "Transparent" transmission of data;
2. Super large capacity, make full use of the huge bandwidth resources of optical fiber;
3. Greatly save fiber resources and reduce construction costs;
4. High network flexibility, economy and reliability;
5. It can be all-optical network exchange to realize long distance non-electrical relay transmission
6. Simplified laser module, which reduces the size of the equipment and saves room space;
7. Optical layer recovery is independent of service and speed, which can effectively protect data;
8. No semiconductor refrigerator and temperature control function are needed, so power consumption can be significantly reduced, which is only 12.5% of DWDM.